The New England Organized Retail Crime Symposium & Trade Show will be held on September 21, 2011 at DCU Center - Worcester, Massachusetts (50 Foster Street).  The event is hosted by the Connecticut Retail Merchants Association, Maine Merchants Association, Retailers Association of Massachusetts, Retail Merchants Association of New Hampshire, Rhode Island Retail Federation and the Vermont Retail Association.
One of my favorite events of the year, the symposium features a strong blend of ORC and major crime information from companies such as CVS, eBay, T-Mobile and Wegmans.  Last year Eric Ives of the FBI and Kevin Tyrrell of ICE both made the trip from Washington, DC and delivered updates on federal law enforcement initiatives. Kevin Plante of Staples served as the master of ceremonies (and comedian), keeping everything rolling onstage.
Since I spent the first 12 years of my career in operations and Loss Prevention and have deployed and sold over one billion dollars of security integrated technology solutions using Marchnetworks, Verint, Milestone and others within the retail sector since 9-11, I am always looking for ways to improve the tools and countermeasures loss prevention professionals use to protect the people and assets under their control.  At the last NRF event that I attended the most common thread was how LP/AP needed to do more (WORK) with less (STAFF).  My focus in this sector has been how the industry can better integrate technologies, create better evidence and streamline the ability to build cases in a more efficient manner.   Then deploy and support those solutions with the best installation and service teams nationwide.
Now since I joined American Alarm and Communications, Inc., I support the retail industry with separate solutions up to one total package including full integration of Video, POS, Access Control, Intrusion, Fire, Monitoring and Alarm Verification.  I look forward to this year’s show to demonstrate some of the new technologies, concepts and manufacturers available to reduce losses and improve productivity.
at August 22, 2011

This year marks the 32nd Annual New England Public Works Expo! ( http://www.nepublicworksexpo.org/index.htm )  This year’s show, sponsored by the Massachusetts Highway Association (MHA) will be held at the Central Mass Expo Center, 150 Royal Plaza Drive, Fitchburg, Massachusetts 01420 (Marriott Courtyard Facility http://www.marriott.com/hotels/travel/boscf-courtyard-fitchburg/ ).
Show Highlights:
American Alarm & Communications, Inc.,  has received complimentary passes (a $10.00 value) to distribute to their customers before the show.  If you would like a passes, contact me at 508-453-2731 and I will send them to you.
at August 22, 2011 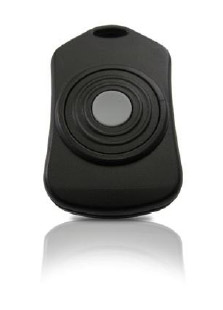 A school district in New York has implemented an emergency video and audio notification system that only activates cameras when somebody pushes an alerting device.  Should an emergency occur, a teacher or staff person can push a wireless SituCon "Instant Alert" button on their person, which generates e-mails and texts to school administrators and local police with identifying information such as the individual's name, location, and phone number.


Simultaneously, "eyelids" on SituCam cameras open and begin recording video of the situation at the police dispatch center and on responding officers' smart phones, so that they have a better understanding about what's happening as they enter the emergency site.  At other times, SituCam's eyelids remain closed, except after hours when monitoring is allowed to protect other school assets.

The aired version of a new NY clip can be seen here: http://www.youtube.com/watch?feature=player_profilepage&v=CqOSVO6pu-M

SituCon’s technology has been deployed here in Massachusetts in Marshfield and Brookline, among others.  The technology has found applications in schools, libraries, Police interview rooms, other public buildings, IT rooms, hospitals and other settings where privacy is vital but security situational awareness is critical if events warrant a quick response.

The SituCon device is a smart enclosure that works with various cameras and can be accessed wired or wireless allowing responders to access the video and/or audio thru various devices in a crisis situation.  The system is powered by a single POE (Power-Over-Ethernet) single Cat6 cable.
We at American Alarm & Communications, Inc., have an active relationship with SituCon and can help you design, test and deploy their technology in your organization.  Contact me directly for more information at (508) 453-2731.

IMS Research forecasts that the growth of the network video surveillance market and the decline of the analogue market will lead to a transition in 2014, with network video overtaking analogue in terms of sales revenue. However, it should be noted that in terms of shipments, analogue cameras are forecast to continue to outsell network cameras in 2014.