ONVIF, the organization looking to standardize IP-based physical security products showed the standard is growing quickly among vendors at a demonstration in Las Vegas.


ONVIF held a public demonstration of IP-based device interoperability with more than two dozen network video terminal (NVTs) and network video clients (NVC) gathered together in a ballroom at the Sands Convention Center during the ISC West 2011 trade show. According to Jonas Andersson, chairman of ONVIF’s steering committee and director of business development and global sales at Axis Communications, “We wanted to show that it’s working,” he said in an interview during the event. ONVIF is the leading global standardization initiative for IP-based physical security products. Anderson said there are currently more than 700 products available in the market that conform to the ONVIF specification. “As of the end of March, there are more than 700 and we’ve been adding almost 100 per month” in the last few months, said Andersson.


ONVIF membership has grown to more than 280 companies, according to the organization. The recently-expanded specification now includes video storage, analytics and a pending addition of physical access control, with the release of the ONVIF Core Specification 2.0 to encompass video storage, display devices, video analytics and other areas, ONVIF said it is getting closer to its goal of providing a global open network interface standard for physical security equipment. The expansion of the scope to include physical access control systems is slated for release in 2011, it said.


The event was ONVIF’s fourth interoperability showcase and continues the group’s tradition of providing an open forum during major security industry events to foster communication with companies actively involved in the development and implementation of the ONVIF specification and provide education about standards, it said.  Companies taking part in the demonstration include network video firms such as CNB Technology, Hikvision, Bosch Security Systems, GVI Security, LG Electronics, Siemens, Axis Communications, Sony and several others. “The rapid adoption rate of the ONVIF specification in the security industry has proved that ONVIF is becoming the de facto standard in the market,” said Andersson. “End users, integrators and consultants are beginning to embrace the ONVIF specification as a critical tool in the design of today’s network video surveillance systems.”


One of the demonstration participants, thermal imaging systems maker FLIR, demonstrated it could connect its systems with a number of NVCs in the demonstration room. A FLIR spokesman said the process of conforming to the ONVIF standards allows the company to validate the interoperability of its products more quickly, resulting in faster incorporation by systems integrators.

Just finished a White-paper  titled  "Data Center Best Practices for Integrated Physical Security Technology Solutions and SAS 70 and Homeland Security Presidential Directive 7 (HSPD-7) Compliance" It’s time to get physical—as in physically protecting a data center and all of its assets.  The need for ironclad virtual security measures, such as managed firewalls, is well known. Yet physical security is often placed on the back
burner, largely forgotten about until an unauthorized party manages to break into or sneak onto a site and steals or vandalizes systems. Read more below... 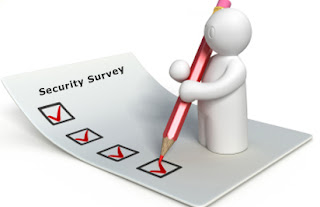 As a contracted provider of Physical Security Solutions for the Commonwealth of Massachusetts under contract FAC64, I wanted to answer physical security questions you may have on your mind. I specialize in helping departments that don't have a specialized security manager’s on staff. I do this by assisting non-security professionals create and operate effective protection programs that allow safeguards to be managed without having a dedicated physical security professional.  Today’s security technologies offer fantastic tools to deter a variety of threats.
I recently had a conversation with Security Professionals within the Commonwealth.  In that conversation I became aware that security technologies, policies and procedures are primarily focused on facilities and not on the personal residences of our elected and appointed officials.  I was asking these questions because I was aware of protection policies that were addressed back in 2007 at the federal level, originally concerning the Federal Judiciary.  I have some ideas that you may want to consider since the January 8th 2011 event in Tucson, AZ brought to the forefront the clear and present danger a person with no concern for themselves or others can cause.
I am available to individually meet and discuss your individual concerns, in the mean time I would suggest some policies and procedures that you may want to consider.  I have included the following checklist to introduce some reasonable ideas and enhancements to improve basic safety:
·         A professional physical security review of key person’s home including their home security alarm system (if available).
·         The alarm should be monitored (or installed) and a clear escalation process for a State Police and Local Law Enforcement enhanced priority response, such as: “crime in progress.” with follow-up.
·         Make sure all keys and codes are protected and not available to non-family members.  (There are other options to provide limited access to vendors, cleaning services, etc.)
·         Do not put key person’s name or title outside their residence or in their mailbox.
·         Do not put key person’s home address on any public records or public accessible records. (Consider holding title to real and other property in trust.)
·         Change key person’s mailing address to key person’s work address and use a post office box or business-address telephone number on their personal checks.
·         Apply for confidentiality on driver’s licenses and vehicle registrations owned or leased by key person, spouse, and children from the Massachusetts Registry of Motor Vehicles (RMV) thru the Address Confidentiality Program (ACP) administered by the Office of the Secretary of the Commonwealth.
·         Make sure their telephone number is unpublished and unlisted.
·         Do not give out identifying information such as home address or telephone number unless absolutely necessary or required for governmental purposes.
·         Ensure that key person’s home address and telephone numbers are not listed on Web sites other than those secured by government agencies.
These are just a few ideas; threats to public officials can come in many different forms: in writing, by telephone, verbally through an informant or a third party, or through suspicious activity.  Threats and inappropriate communications can be anything that harasses or makes ominous or unsettling overtures of an improper nature and can include inappropriate pictures drawings or trespassing.  Any received threats should always be reported immediately, even if they appear minor or inconsequential.  Law enforcement should determine whether a threat is credible and warrants investigation.
Please call my direct line at (508) 453-2731 if I can be of service to you and help you improve your personal security.  I appreciate and look forward to the opportunity to meet and work with you, as I continue to provide value and serve the unique needs of public-sector clients, continuing our track record of strong service, safety and support.
About American Alarm and Communications, Inc.,
AACI is in a unique position to improve personal protection of key individuals as a Massachusetts based Underwriters Laboratories (UL) Listed, and federally recognized 24-hour Security Command Center and Central Station.   Every day we manage a full range of security, communication and escalation procedures specifically designed for our key customers.  We are an independent, family-run business with three offices throughout Massachusetts.  Our founders, three engineers from the Massachusetts Institute of Technology (MIT) and Harvard University, have worked to bring the benefits of new technology and solutions to our customers. Though we have grown over the years, our mission has remained the same: to provide the best possible security technology and customer service to protect homes and businesses across Massachusetts. www.americanalarm.com

Ocularis allows you to centrally manage all the components of your physical security information system, including:
Ocularis is designed to work best in multi-site, multi-server environments and it offers a number of key tools that improve how security issues are handled. See this 2.0 video/demo.

The Mate intelligent video system can provide alarms in Ocularis related to various modes of detection. This includes directional motion such as a boundary crossing or virtual path crossing detection; a static object like a stopped vehicle or object left behind; or an object removed, which helps to prevent vehicle theft, stock shrinkage or to protect a valuable object. The system can also combine multiple video analytics events using rules dependency to trigger an alarm and to minimize false alarms; for example, at the entrance of an office building, Path Detection followed by Loitering would trigger an alarm only when the loitering is done by a person coming from outside and would filter out the people from the building who go outside. Mate has also developed a number of advanced and proprietary video surveillance technologies such as behavior tracking, people and car counting and tailgating detection.

Complementing Mate’s intelligent video capabilities are features of Ocularis such as instant investigation during live monitoring, open platform support for hundreds of camera models, centralized user rights management and map navigation with active camera previews. Advanced video investigation tools, including the Time Slicer and Kinetic Motion Timeline, are also included in Ocularis, which is scalable for an unlimited number of cameras and servers at multiple sites with single-camera incremental licensing, and is bundled with unlimited installs of Ocularis Client software.

"Mate intelligent video enhances the benefits of video management software such as Ocularis by monitoring and automating the video content an operator sees," said Daniel Peled, EVP Sales, Mango DSP, Inc. "Ocularis is a user-friendly system that provides operators with helpful tools to manage even large numbers of camera feeds, and Mate video analytics works to make those video systems even more efficient and effective."  GOTO www.ONSSI.com for more information. 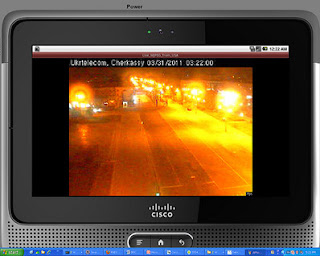 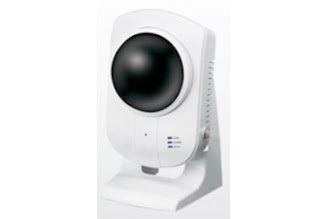 Now you can install reliable and economical monitoring solution that allows you to monitor video on just about anything you like.  American Alarm’s iSee Video system enables you to view live video feed of your home or business from any web-enabled computer or smart phone.
Use iSee Video to:
Alerts are sent automatically to your e-mail or phone, video clips will show you what just happened so you can decide if you need to view live or take additional action.  We can also integrate to your security system to minimize false alarms. View openings and closings, temperature changes, deliveries, etc.  Optional recording up to 30 days of continuous video playback of up  to 6 cameras or devices. ISee Video has remote Pan Tilt capabilities.
System Costs:
at April 01, 2011